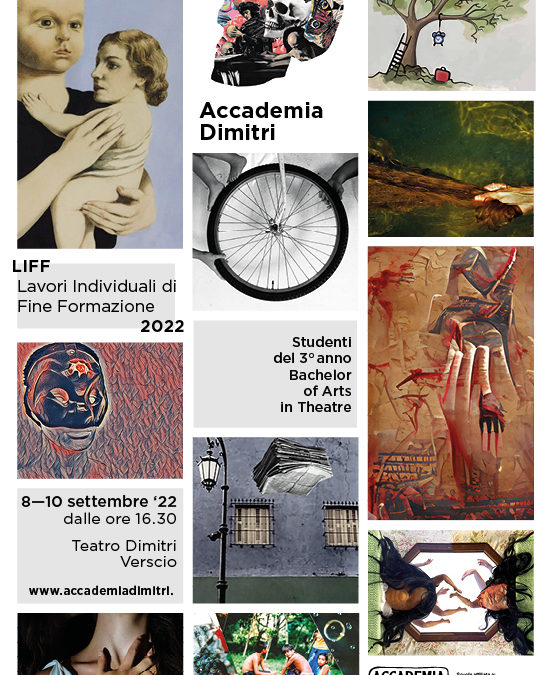 created, directed and performed by 3rd year Bachelor of Arts in Theatre students

from 16:30 at the Teatro Dimitri in Verscio

The presentation of LIFF represents one of the highlights of the academic year. At the end of their studies, students are called upon to confront themselves with a work of personal creation, freely inspired by the work or biography of a character of their choice.

The Legend of Tristano Martinelli Arlecchino

The two, alone for a long time, travelled all over Europe doing shows and performances in the biggest squares of Europe.

Drusiano, older in age, ambitious and vain, was ready to do anything to achieve success, while Tristano, a bit more of a loser and puny, was busy serving his brother, who often treated him badly. One day, while the famous Feast of Fools was taking place in town, where it was decided who would become the next ‘King of Fools’, something happened to Tristan that changed his life forever…

Once upon a time, or maybe two, there was a world and within this world was a small country called the Republic of the Lost Word.

Its president was a warmonger, not too democratic. He felt love and empathy only for his little Tyrannosaurus Rex.

Meanwhile among the inhabitants of the Republic, there were two young men who enjoyed playing and imagining war without ever having seen it.

Between play and fantasy, who knows how much can be discovered: just open a book and the whole world changes.

An absurd world with absurd wars, almost like ours, the difference being that dinosaurs never became extinct there.

Waking up in one’s own dream. Scary ghosts, exposed, like a stranger in the void. A suitcase. A pair of shoes. Dreams of sleepless nights.
In the background war, fear, abandoned houses and childhood whispers, Heimatlos. Not to be seen, not to be heard.

Where does the path lead? Where do I have a place?

The performance ‘In meinen Träumen läutet es Sturm’ (title of Mascha Kaléko’s poetry collection) deals with the fragility of the feeling of home. It recounts the past and present threats of being abandoned and the desire for a shared liveliness. The compelling search for resistance to one’s own brokenness in the face of hatred and contempt for humanity.

Troy doesn’t exist anymore. The Greeks have won the war.

Cassandra, daughter of the king of Troy and priestess of Apollo, is taken prisoner. Gifted with the gift of clairvoyance, she has predicted that her journey to Mycenae will lead to her death. Knowing that she is doomed, she enters into a dialogue with herself, travelling through her memory, interweaving past, future and present. The call of her memories is a lifeline, a hope to remain conscious until the last moment.

As her last moments approach, all her senses are awake and her thoughts race. Between memories and visions, two questions persist. Why want to live when you know you will die? Why want to die when you can still live?

The king’s boundless ambition has corrupted him over the years. Now he is only a shadow of the promising young prince he once was. A tyrannical, spidery shadow that looms over his kingdom like that of a cruel god. His desiccated heart has forgotten the taste for mercy. Domination and destruction are the only languages he speaks and he uses them without restraint to impose his demiurgic will on the world.

His wife, the Queen, is the only one who remembers who he once was. She witnessed his descent into madness. She saw the man she loved being devoured by the tyrant. Now her husband is a stranger. But all hope is not yet lost: perhaps the young prince is still there somewhere, wandering in the king’s inner labyrinth.

Le repas d’Ozymandias takes place at the King’s birthday party. On this fateful day, the vanity of one will meet the despair of the other: the Queen will try one last time to save her husband from himself.

Is it not too late? Is it possible to kill the monster without sacrificing the man?

When someone is faced with death, Elisabeth Kübler-Ross tells us that they go through five different stages: denial, anger, bargaining, depression, acceptance.

Without trying to solve the mystery, the actor passes it through his body and projects it against the walls to create a living fresco. How to evoke the unspeakable? “Words are a blasphemy, silence is a deception. Beyond silence and words there is an ascending passage, but my mouth is too small to show you,’ says Master I-Tuan. Perhaps it is in a silence full of words where our spirituality is most concrete; perhaps it is in loss, in nakedness, that love is reborn in the flesh? What is solid that we can never possess? Stabat wants to contemplate the fluidity of our being and having, to look into the face of movement as an integral part of life.

In a series of interwoven paintings, Jérémie Bielmann has secretly threaded, like a skeleton, the five stages of mourning described by Kübler-Ross. We can have fun finding them.

Love is a positive creative, procreating, unifying force that drives us and makes us the best version we can possibly become.
Sometimes.

Sometimes it has the opposite effect.

Love is a destructive, denaturing, isolating negative force that prevents us and brings out the worst side of us hidden in the darkest corners.

What happens when you try to run after something immaterial and fugitive? Something that is not there or is no longer there? Like his stone for Sisyphus, the vanished love has become the curse that the character on stage carries within him. Having just suffered a love break-up, he struggles against forbidden feelings, the desire to go back, fear of abandonment and the need to move forward in life.

Your mum
My mum
Their mum
Our mum

The peace.
The crazy one.

‘Can’t you see you’re hurting me?
I want to find my peace. Do you care?
One day, when I grow up.’

Dear Anna, invites the audience to experience a series of extraordinary images, constantly moving choreography and a polymorphous, multilingual landscape. How can an emotion or a word turn into breath or movement?
The shadows of Anna’s past and her impending dreams invite the audience to reflect on how worthwhile it is to free oneself from emotionally precarious and violent family situations and to struggle to find peace within one’s own psyche. An ambiguous relationship between Anna and her mother and the game of continuing to dream for a future that sets her free.

In the beginning there was chaos….

And with all the years he has lived and all the forms he has taken, his body collects them all, all the bodies that have been and are. Evolution and change happen, but does the story remain the same?

Inspired by the Medusa myth, the piece recounts the power of transformation, resonates the voice of WE and shows new beginnings created by separation. Curiously, two figures move on the borderline between life and death. Fear, however, brings them to a standstill and centuries-old wounds collide furiously.  Does anger unleash grief, which unleashes strength, which turns to love, which raises hope, which creates connection, which unleashes anger again, which ends in… destruction?

Or do we still ultimately ride the freedom of the winged horse?

The devil is poor, and he knows the story of the neighbourhood corner, that corner that is still the same colour, where the vendor struggles between the timeless pedestrians at full speed

Pause, some remain there.

Made of encounters, the corner seduces with new news: ‘Don’t get distracted, the masters of the world sound the alarm’.

In the corner of missed encounters, goodbyes are fought and the illusions of romantic smokers, whose only shadow accompanies them in the lantern light, disappear.

It is also said that the devil roams the streets and with him the death of the carnival.

Still there is time

“We live in a strange world.
But this is the world of my generation. It is the only world we have.
We are now at a crossroads in our history. We are about to fail.
But we have not failed yet.
There is still time to change it.
It is up to us.”
(Greta Thunberg, 30 March 2019 in Berlin)

The physical theatre piece with the title ‘Still there is time’ shows something of the strange world in which Greta Thunberg lives. Strange, that children should take on responsibilities that actually belong to adults. Strange, that a silent, striking girl with a cardboard sign has brought new energy into the world. A strangely cheerful and determined energy that can influence the course of events. 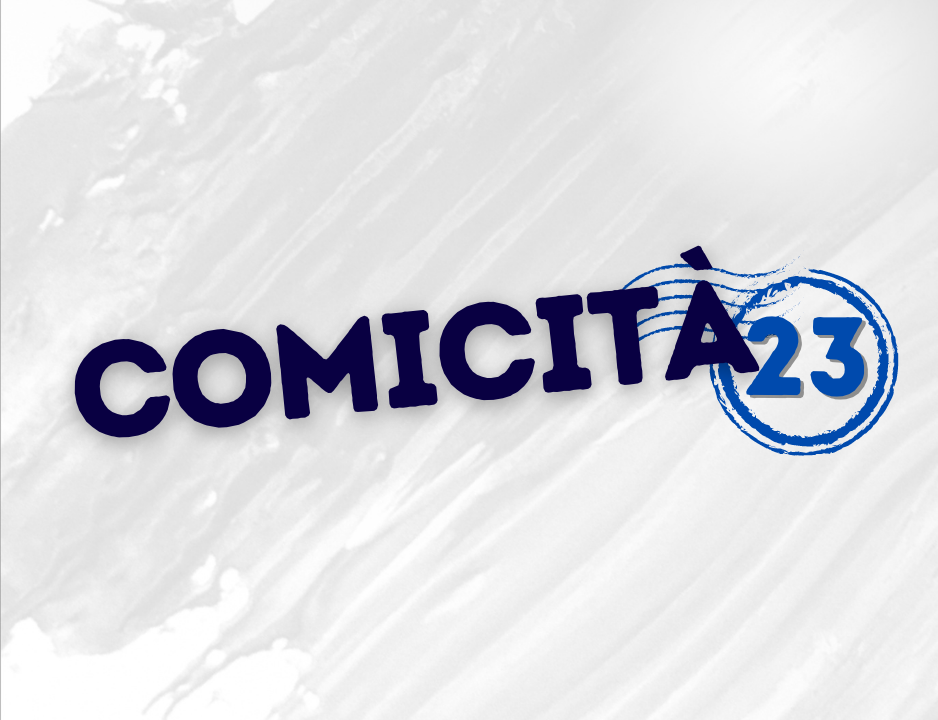 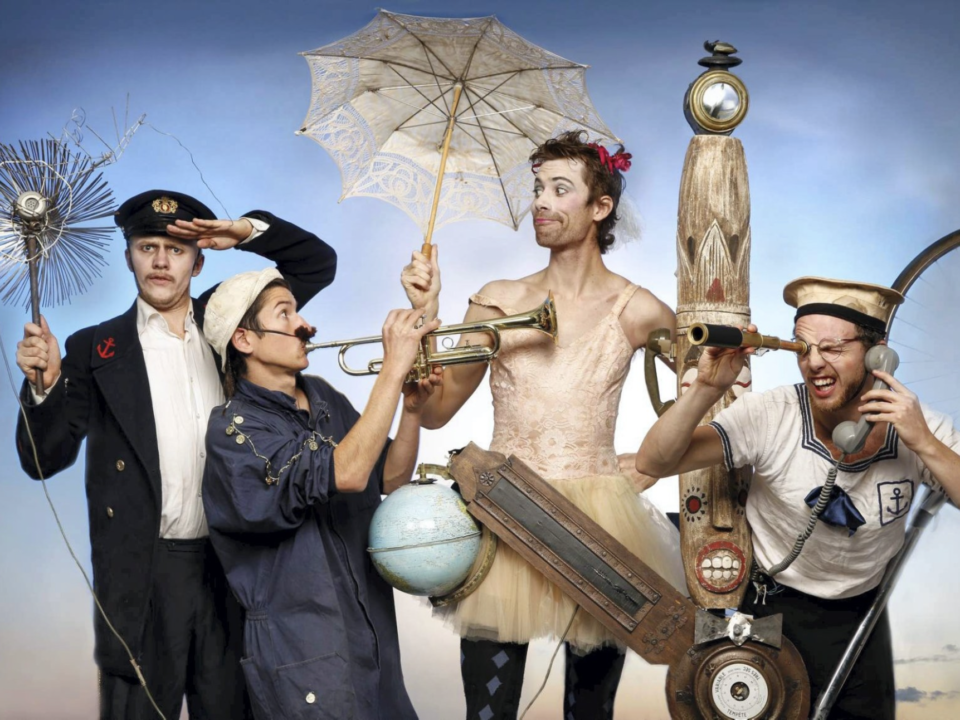 In memory of Andreas Strand Renberg 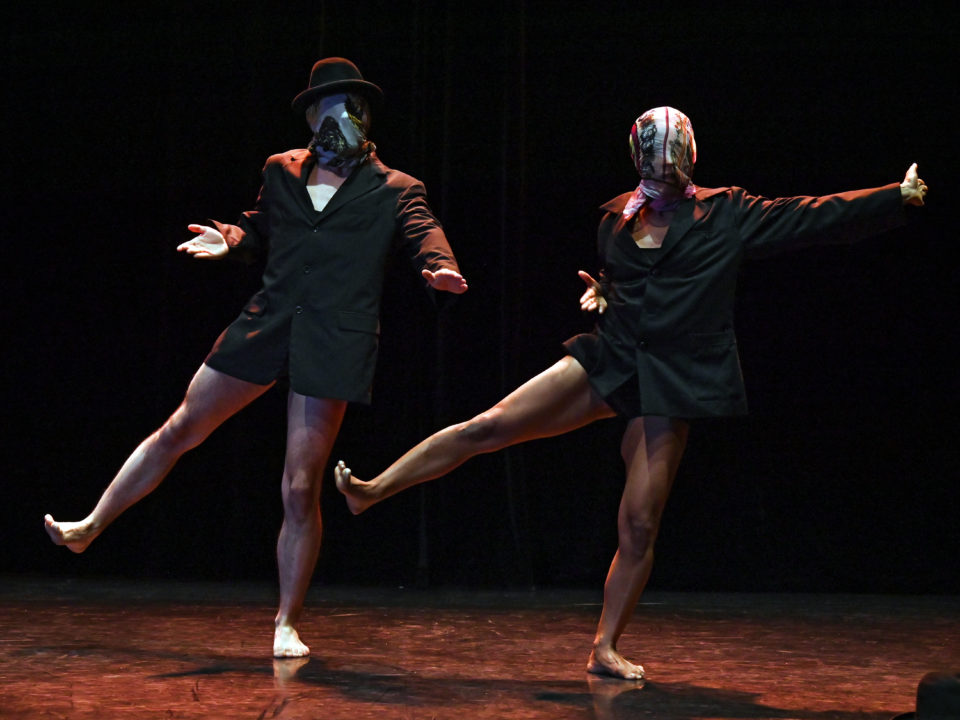 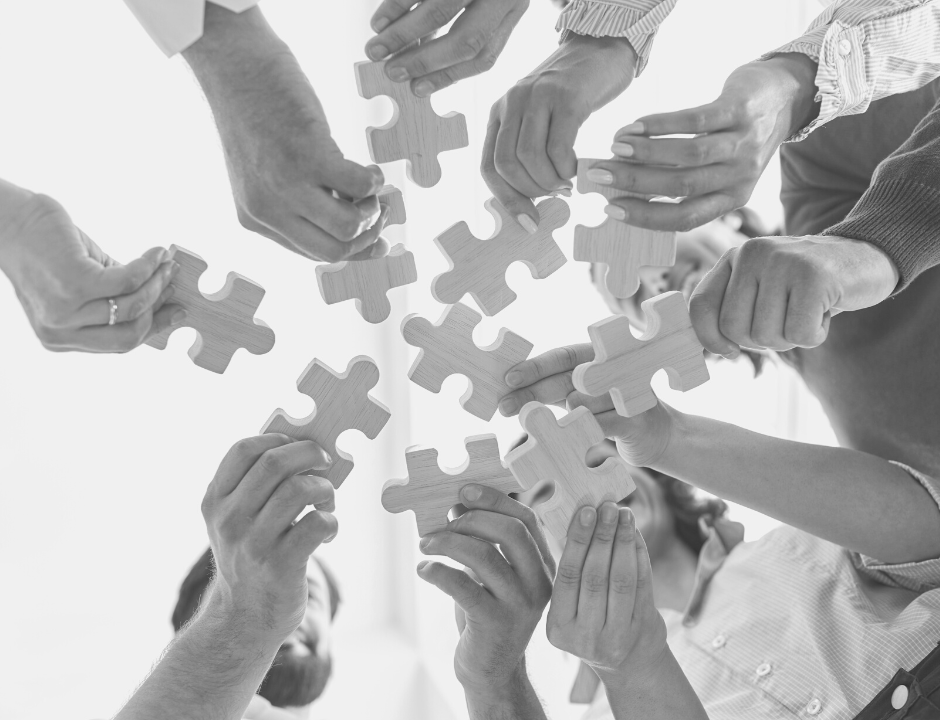